From an early age, we science fiction nerds have been taught that all corporate entities, regardless of size or field of interest, are inherently evil and seek only to make the lives of the little people more and more miserable. Here are the five that stick in my mind as the most reprehensible of all.
This post was inspired by a page out of this April's Game Informer magazine. There are plenty of evil corporations in gaming, of course, but some of the worst of the worst come from films as well. I'm also a bit peeved about GI's picks -- a few of them, such as Aperture Science (Portal) and Union Aerospace Corporation (Doom 3), seem to conflate the corporation itself with a single person (or in Portal's case, a single AI). In light of my disagreements, I've used the word "reprehensible" in my title so I can highlight some of those discrepancies between the corporate and the individual entities.

This corporation, generally referred to as "The Company" (indicating its sheer size and realm of influence), apparently finds it morally acceptable to impregnate its employees with chestbursters in order to acquire the Alien for their biological weapons development. So, disregarding the very real possibility that a single xenomorph could wipe out the human race, let's reverse-engineer these nasty buggers just so we can kill some stuff.

Who did they want to kill, anyway? I can't recall a single instance in any of the Alien films where they mention being at war with anybody.

VersaLife and Page Industries, Deus Ex
What's worse than manufacturing an extremely aggressive mechanical virus with a 100% mortality rate? Profiting from the cure. Under the direction of Bob Page and Walton Simons, VersaLife could have destroyed human life on Earth -- all in the name of shameless power-grabbing and greed.

Fooling around with teleportation devices will always get your shit fucked up. That's a fact. I mean, even on Star Trek the transporters break down once in a while, as Dr. Leonard McCoy is so quick to point out. And sometimes teleportation technology will even open a portal directly to Hell and spill all the evil in existence over into your high-tech R&D facility on Mars. Who knew?

Well, Dr. Betruger, that's who. UAC is partially responsible because there had to have been somebody who could guess at what he was up to and possibly have prevented it. Just think of all the ventilation shafts we could have stayed the hell out of if not for that wacko... 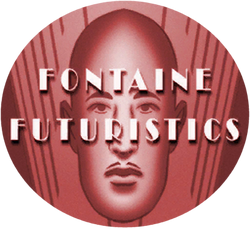 So this classy bunch has no qualms with abducting little girls and subjecting them to ghastly physical and psychological conditioning to further the goals of a sociopathic conman and, after he was dead, a deranged political extremist. Oh, and they worsened the Rapture Civil War by increasing the supply of the very substance that drove everybody insane. So in essence, they are the persons most directly responsible for all of the things that want to kill you throughout the entirety of BioShock and BioShock 2.

On the upside, though, they did produce the Big Daddies, meaning you get to Drill Dash countless hordes of poor splicers into the walls. Oh the joy, after being so slow and cumbersome for the first couple hours of the game. 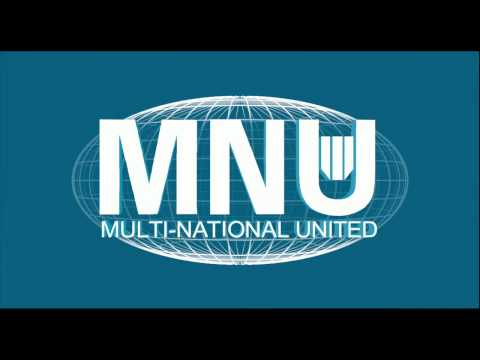 Same story here as Weyland-Yutani, really -- experiment on living organisms to create bigger and badder weapons. Except the prawns are far less hostile than the xenomorphs, as they're more or less a metaphor for oppressed racial and ethnic groups of South Africa.

They've also got a paramilitary organization backing them, which is never a good thing when it comes to amoral corporate entities.

is a venue for reviewing and discussing science fiction and fantasy media of all sorts (more often than not those relating to J. R. R. Tolkien).

Quote of the Week:

"You will be who you will be. We are our choices. And we can choose to lead humanity away from this... darkness."

A Few of My Favorite Things